Bird’s-eye view of the wetlands ecosystem

A day of sun, surf and sand along the Nags Head shoreline

Docking at a jetty for a break during a kayaking adventure

Kites in flight above a sandy hill at Cape Hatteras

The allure of the Outer Banks of North Carolina is so simple: they offer a place to relax and enjoy the rhythms of nature and the sea. Wild horses, quaint villages, scenic lighthouses, windswept beaches and scruffy crab shacks provide the backdrop for these four sleepy barrier islands. Though just off the coast of North Carolina, they feel like they’re a million miles away from the “real” world. Swimming, sunning and water sports are what most visitors come here for, but there’s also quite a bit of history to uncover in these parts. Check out top things to do in Outer Banks during your visit.

Highway 12 connects much of the Outer Banks and makes for a fantastic road trip. The route covers the islands of Bodie, Hatteras and Ocracoke, starting in the upscale town of Corolla, and ending at the historic Ocracoke Lighthouse. Along the way you’ll pass by the gorgeous Cape Hatteras National Seashore, the Wright Brothers Memorial, the Cape Hatteras Light Station and the resort towns of Nags Head, Kitty Hawk and Kill Devil Hills. If you’re lucky, you’ll also get a glimpse of the wild horses of Ocracoke and Corolla.

There are so many ways to enjoy the golden beaches and waterways of the Outer Banks. Rent a boat for sightseeing, fishing or diving, or take a two-man kayak out for a spin in the Pine Island Audubon Sanctuary. If you’re a diver, explore one of the more than 2,000 shipwrecks that lay at the bottom of the Atlantic off the coast. Or just pitch an umbrella in the sand at Ocracoke Lifeguarded Beach, which was selected by Dr. Beach as one of Top 10 U.S. beaches in 2016.

There are plenty on on-shore activities as well. Go biking at Springer's Point Preserve. Take a stroll down Jennette’s Pier or the Duck Town Boardwalk. Pick up a souvenir at one of the many shops in Nag’s Head, or take the kids to the North Carolina Aquarium. Climb the dunes at Jockey’s Ridge State Park. Consider a helicopter tour for a bird’s-eye view of the coastline and marine life.

400 years of history in the Outer Banks is commemorated in numerous places: The Graveyard of the Atlantic Museum, the Wright Brothers National Memorial, the Chicamacomico Life-Saving Station (the oldest lifeguard station in North Carolina), and the Fort Raleigh National Historic Site.

First in flight: Orville and Wilbur Wright made the first successful flight in a motor-driven aircraft at the town of Kitty Hawk, North Carolina in 1903.

The Outer Banks in North Carolina: A Touch of Paradise

An Insider's Guide to Assateague Island

Ask a Local About North Carolina

Shenandoah National Park and Beyond: See the Blue Ridge Mountains 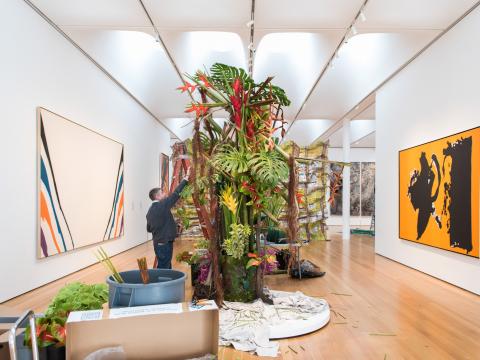